Home / Investor Relations / About us / Supervisory Board 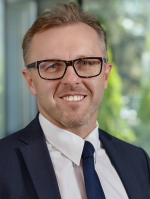 Dariusz Skrocki - Chairman of the Supervisory Board
Legal Counsel, graduate of the University of Adam Mickiewicz in Poznan. He passed the judge's exam. Senior Partner of one of the largest law companies in Wielkopolska - Babiaczyk, Skrocki i Wspólnicy sp. K.

Advisor and negotiator in numerous investment processes involving Polish and foreign clients. Specialist in transformation, acquisition and merger of companies and acquisitions of businesses and significant assets. He participated in many due diligence processes.

An advisor in the processes of ownership transformations and stock market debuts of a nationwide bank and large brewery.

Expert in court proceedings. He repeatedly represented clients before the Supreme Court and the Supreme Administrative Court. 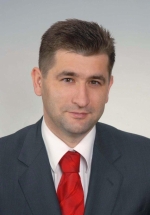 A general partner in "PROFESSIO Law Office Kamiński" Sp. K. based in Warsaw. He also serves as President of the Board of SATURN TFI S.A.

He graduated from the Faculty of Law and Administration at the University of Warsaw (1996) and Postgraduate Studies of Commodity Exchange at the Warsaw School of Economics (SGH, 1997). In 2002 he completed legal counseling and was entered on the list of legal advisers led by the District Chamber of Legal Advisers in Warsaw.

Mr. Sławomir Kamiński started his professional experience at the PKO BP SA Brokerage House, along others as head of the Corporate and Finance Departments and the Legal Team. He was the Arbitrator of the Court of the Chamber of Brokerage Houses, he was also the Judge of the Stock Exchange Court in the Warsaw Stock Exchange, and was also entered by the District Court in Warsaw into the list of court experts in the field of securities trading.

Between 2003 and 2007, he was a member of the District Audit Committee of the Warsaw Chamber of Legal Counsel, and in 2007-2010 he was the Treasurer of the District Council of Legal Counsels in Warsaw and a member of the Supreme Audit Commission of the National Chamber of Legal Advisers.
An independent member in the meaning of capital market regulations and the act on certified auditors. 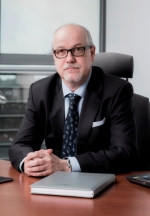 Piotr Fortuna - Chancellor of the Supervisory Board

Chancellor of the Supervisory Board of Projprzem S.A. since November 2016. CFO and Member of the Board of Grupa Kapitałowa IMMOBILE S.A. since March 2015. Prior to his appointment to the Company's Management Board, since June 2011 he was a Proxy.

A graduate of the Economic Faculty of the Nicolaus Copernicus University in Toruń. Between 1992 and 2006 he cooperated with several banks (Bank Gdański S.A., Raiffeisen Bank Polska S.A., BZ WBK S.A.). In 2006 he run his own business – FORTUNA Financial and Economic Consulting.

Currently he performs following functions: CFO and Member of the Board of Grupa Kapitałowa IMMOBILE S.A. (since 2011) and Procurator (holder of the commercial power of  attorney) of MAKRUM Development Sp. z o.o. (since 2011) and NOBLES Sp. z o.o. (both since 2013). Since 2014, he acts as Deputy Chairman of the Supervisory Board of FOCUS Hotels S.A. Before this nomination (since June 2011) he hold its procuration. 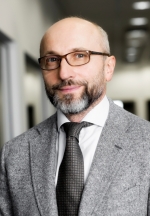 Rafał Jerzy - Member of Supervisory Board

A graduate of the University of Technology and Life Sciences in Bydgoszcz – M.Sc.Eng. of Agriculture. He completed training and consultation program for the business practitioners -Management 2000 - organized by Canadian International Management Institute and Harvard Business School Publishing.

An entrepreneur and investor with great experience in the textile and clothing industry as well as in the sector of turnover and rental of the real estates. Since 1991, he has established and managed several companies in the textile industry. For more than 15 years, he has been cooperating with the companies from the real estate market and he implemented ​​several investments within the scope of commercial and residential real estates.

Founder, President of the Management Board and co-owner of IMMOBILE Sp. z o.o. in Bydgoszcz having chain of hotels operating under the brand FOCUS. In 2014 Immobile Sp. z o.o.  was acquired by Grupa Kapitałowa IMMOBILE. In the years 2001-2006, he was the only shareholder of Grupa Kapitałowa IMMOBILE (formerly MAKRUM S.A.), currently he holds the majority of shares and votes at the General Assembly of Shareholders of this company. He also is the President of the Board of MAKRUM DEVELOPMENT Sp. z o.o. 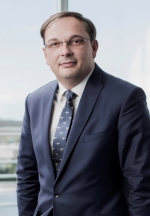 Sławomir Winiecki - Member of Supervisory Board

A graduate of the Faculty of Civil Engineering of the University of Technology and Life Sciences in Bydgoszcz (2003) - specialization: Management and Marketing in Economic Organizations.

Between 1994 and 1997, he worked on projects of the industrial civil engineering in Przedsiębiorstwo Modernizacyjno – Budowlane TECHMA-BUD Sp. z o.o. in Bydgoszcz. Later he supervised and coordinated projects in BUD-STAL S.A. (1997-1998) and was the Project Manager in Przedsiębiorstwo Budowlane INVEST-PARK Sp. z o.o. in Bydgoszcz and the Director of the Department of Investment Management in Building Company in Bydgoszcz (2002 – 2004). In years 2000-2002, he ran own business – a construction company operating within implementation of the residential–commercial–service investments as well as office investments.

Marcin Marczuk - Member of Supervisory Board

Graduate of UMCS in Lublin, Faculty of Law and Administration. In 2005 he was granted the legal advisor's powers; belongs to OIRP in Warsaw. Partner in the law firm in Prof. Marek Wierzbowski and Partners Attorneys and Legal Advisers.

Professional experience: Securities and Exchange Commission (now KNF) (1996 - 1999); Compensa S.A. (1999 - 2003), PTU S.A. (2003 - 2006); Professor Marek Wierzbowski Legal Advisors (2004 - 2007). Since 2007, the managing partner of Prof. Marek Wierzbowski and Partners Attorneys and Legal Advisors based in Warsaw. current or former member of several supervisory boards, also as chairman and vice-chairman, including public companies and financial institutions. In 2011-2013 a judge of the KNF's Court of Arbitration.
An independent member in the meaning of capital market regulations and the act on certified auditors.
linki: